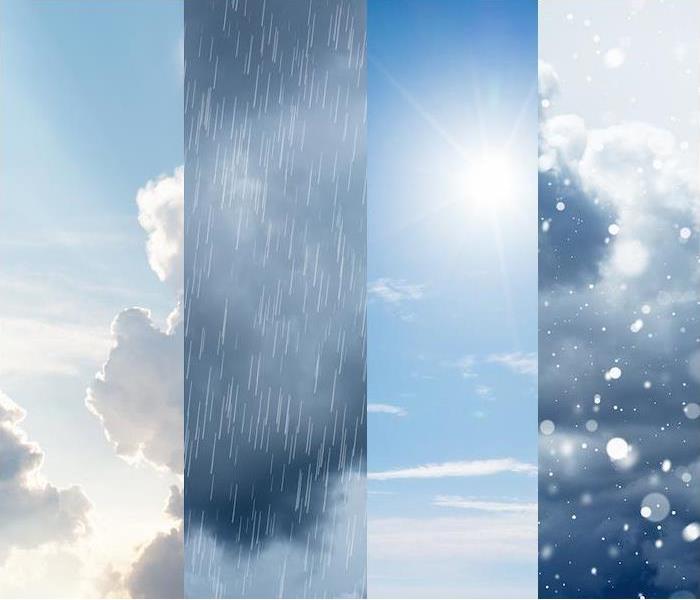 Extreme temperature changes can lead to the possibility of severe weather. SERVPRO of West Milwaukee is a click away if you experience any damage.

We will examine the many weather patterns that might develop as spring approaches and warm and cold air masses mix throughout the country, as well as what we can anticipate in Missouri.

The Pacific Northwest is prone to severe rain in the spring, which may result in flooding and water damage. At higher elevations, snow will continue to accumulate, and its melting and runoff will create their own set of issues.

Winters in the Upper Midwest and Northeast, including Wisconsin, are exceptionally severe compared to the rest of the country, with freezing temperatures persisting throughout the season. Residents from Maine to the Dakotas should expect very cold weather even into the spring season, as well as the possibility of snow and freezing conditions.

Severe thunderstorms are a threat to the state, particularly during the spring and summer months. Strong derechos can blast at upwards of 120 mph, resulting in power outages and tens of millions of dollars in damages. Tornadoes are not as common in Wisconsin as in other midwestern states, but they do occasionally occur.

The Southwest will need to be watchful for severe heat waves that pose a danger to life and property. The South Pacific region, which includes Hawaii, will be on the lookout for tsunamis triggered by tectonic activity.

Windstorms, derechos and the potential of wildfires, which spread quickly in high winds and dry seasons, will be an issue for the central United States, which stretches from Iowa to Texas. Tornado Alley is an area within this region that is prone to strong storms and tornadoes.

The Southeast may see a variety of severe weather events, ranging from tornadoes and severe thunderstorms in landlocked areas to hazardous rip currents and hurricanes later in the season.

All 50 states face a substantial danger from extreme weather. Regardless of the difference in danger between you and a relative in another state, being prepared is always a good idea.

If extreme weather leaves you with damage from water, fire or other elements, help is a click away. Contact SERVPRO for fast, expert recovery.